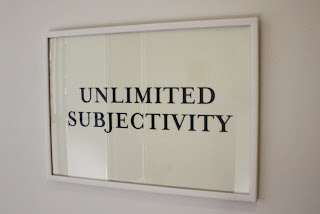 Perverts and Primates
I visited the new Duke and Battersby exhibition twice. First on opening day, but it was filling up with people blathering and opening days are always bad days for looking at art. It didn't help that my companion had walked out, unable to watch all of the decomposing creatures on the screen. According to them, that couldn't be art, though why that offended them so much when the morning we had spent in a butcher's market surrounded by eviscerated pigs and goats did not is rather circumspect. This banal personal anecdote... should I go on? My companion was also suffering from a parasite which they had accidentally consumed in Iceland. Apparently, goats shit in waterfalls and this had somehow streamed to their lips, entered their body, become hyper-productive and thus rendered the host body slightly emaciated and intensely lethargic. ...so this personal anecdote: why if not because it is somehow related, and by more than just the empirical fact of the intersection of this exhibition and these symptoms?

The new show by the duo is centered on a video piece which cuts together found footage and material that they captured themselves. It's narrative, but in an unusual way. While it tells a story, it doesn't have a plot. Instead, it narrates it as a series of interludes and letters, polemics and poetic songs. All of this is done to support the tale of the woman and the primate that fell in love. They seem to battle for acceptance, or maybe it is just for the perversion of the norm. Part misanthropy, part evangelism: deliberate or not, the work emits an eccentric kind of Christianity. 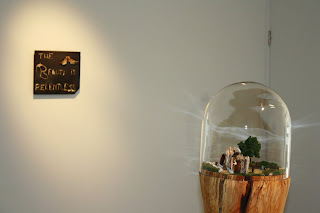 Actually it was somewhat reminiscent of some of the work done in Russia under the necrorealism heading. In particular, the Evgenii Iufit film, "Bipedalism." However, the Russian film gravitated to a point of indifference and erosion, whereas this work seems intent on heightening to transcendence. While the Russian work, with its equally curious plumbing of biological ideas, was about being polluted by history, "Lesser Apes" is about a different kind of production, one which doesn't concern the creation of new taxonomic categories but of smudging the categories. It is never a smudging of their legibility, that's for certain, for one of the most blatant things about the work, and about their work in general, is their lack of categorical smudging. There's always a certain clarity, one of givenness or of giving; a certain concern with the ordaining of things, albeit in a way which is perverse, or better, not immediately redundant.

They spell it out this way: cross species love, the carnal smudging of creatures, can only be pure if it happens under the rubric of love, that is, in empathy. To contrast the love of woman and primate, one observes the sexual life of the hive and the flower. The natural perversity of this relation between flowers and bees is pushed to an extreme when the Chinese use workers as the sexual conduits with flowers. This perversion, one which is economic as well as strictly social, is admonished because it does not work as an empathic structure, that is, as a subjective fiction. The love between a 'pinky' and a primate, however, is purely fictional, or as they gloss it in a rather Joyce Wieland move, feminine.

"Novels are at the core of what it means to be ethical." In effect, empathy is the fictionalizing of the world – its perversion, either through an imaginary exercise of the state apparatus, as the video's characters seem intent on doing, or by way of personal mythology. The cats which are placed in jars or replicated as toys through the work of labourers are trapped in these spheres of fiction, removed from the pollinations of the world but nestled within the confines of their tableau – the pervert as producer of goo-gaws and these objects as the necessary completion of the totalization of this 'unlimited subjectivity'. 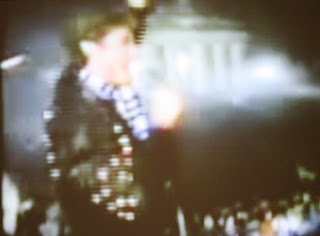 By way of contrast, Lars Laumann's piece "Berlinmuren," playing at Prefix, details the long love affair of a woman with the Berlin wall. The woman who narrates the piece goes to great lengths to stress an antithetical kind of perversion, one which is pure because it is objective, because it possesses no fictional quality. This isn't empathy, it's sympathy, something which takes place not via two organic clumps trapped in species form with readily penetrable ducts, but between objects which can only relate through surface, tactility and vibration. In fact, the piece ends with the damnation of fiction, exemplified by David Hasselhoff and the subjective 'victory' celebrations over the wall, depicted as the inglorious exploits of garish and brutal primates.