Rory Dean: If I Can Just Survive One More Night On Pervert's Row. 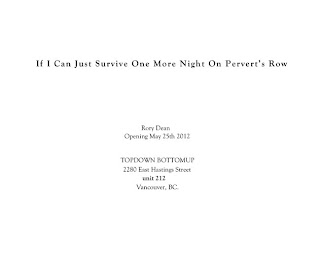 Comrade Rory Dean has a new show coming up. "If I Can Just Survive One More Night On Pervert's Row" will be opening in Vancouver at the east Hastings' gallery TOPDOWN BOTTOMUP on May 25. If you're around, be sure to check it out. 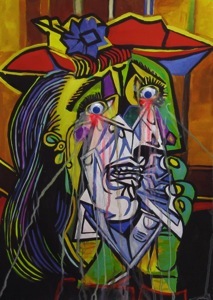 I wrote a little blurb for it.

Drawing from the fantasy world of adolescent girls – those fascists of cuteness – Rory Dean takes the glamourous defecations of pop culture and suspends them in a prism of pastel coloured light. He invites you into a room to view them. The floor seems sticky even before you enter.

In an anonymous world, everything becomes fluid. Each figure is stripped of context and allowed to float through fields of velvet soft colour. Icons let loose from their moorings, they hang like hallucinations in a sewage stream of fuzzy feelings. It's kindergarten again. You can become anything. No matter what avatar you choose, whether it is more or less true, you will still be anonymous and bodiless.

You can don a set of costumes, re-casting yourself as the gay boy every teenage girl wishes she was, as the vampire whose haunting image can make your first case of chlamydia seem romantic or as the alien figure who failed to win the love of children, doomed to the trash heap of obscurity.

Everything becomes show and tell in the dim light. You plug in colourful patterns for this strange game of exquisite corpse played on an infinitely mutating lite brite. This corpse is a rotting monster, congealing under the cloak woven by the imaginative handiwork of successive generations of stupefied Sesame Street urchins, but still fetid enough to hint at the smell hidden beneath the fake fur and feathers. You can jerk off with the internet, but you can't wipe your ass with it. 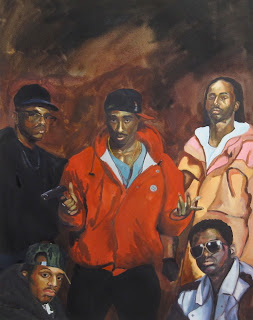 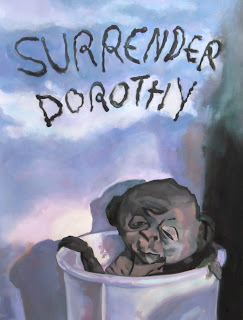 Posted by Malakoteron at 8:50 AM